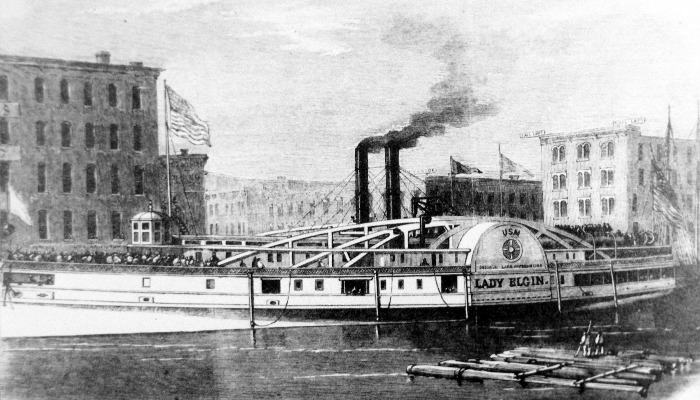 Lake Michigan is home to an estimated 1,500 shipwrecks, out of a total of 6,000 in the Great Lakes. Recently, the lake’s clear waters have revealed some of them, including James McBride and Rising Sun. Following are some of the most well-known ships that have been lost in Lake Michigan.

Lady Elgin sank on September 8th, 1860, and the tragic event represents the greatest loss of life on open water on the Great Lakes. 300 people died when the 252-foot sidewheel steamship was rammed in a gale by the scooner Augusta. Four years after the tragedy, a ruling was made that required all vessels on the Great Lakes to carry running lights.

Augusta hit Lady Elgin at 11 knots per hour, even though the latter was brightly lit. Even though Augusta’s second mate had seen Lady Elgin 30 minutes before the collision, no course correction was made until 10 minutes before the tragedy. Ultimately, Augusta hit Lady Elgin straight on, causing a great hole on the side of the ship. Darius Nelson Malott, Augusta’s captain, thought that his ship had sustained more damage and sailed off.

By an amazing coincidence, captain Malott of the Augusta  also lost his life exactly 4 years later, on September 8th, 1864 as the captain of the ship Mojave. Not only did Mojave go down very close to where Lady Elgin did, but it was also Captain Mallot’s 31st birthday. What happened to Mojave remains a mystery. 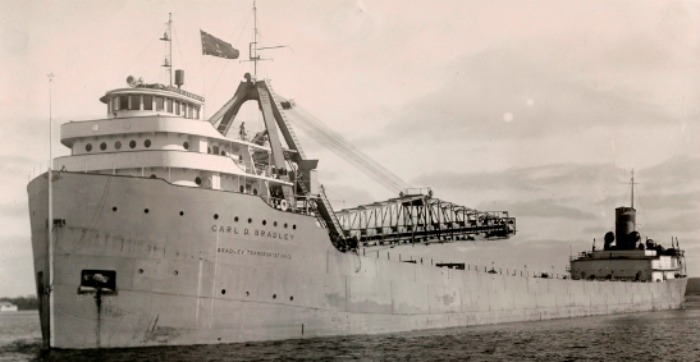 The Carl Bradley is the second largest ship lost on the Great Lakes, after SS Edmund Fitzgerald. Built in 1927, she was the longest and largest freighter on the Great Lakes for 22 years. The 639-foot long self-unloading freighter sank in a vicious storm on November 18th, 1958. 33 of the 35 crew members died.

SS Alpena was a sidewheel steamer which sank on October 16th, 1880 in the “Big Blow” storm. All 80 lives aboard the ship were lost. The 197-foot long ship was built in 1866 by the Thomas Arnold of Gallagher & Company. The ship was heading to Chicago and it was last seen at 8 AM in heavy seas , on the day it capsized. 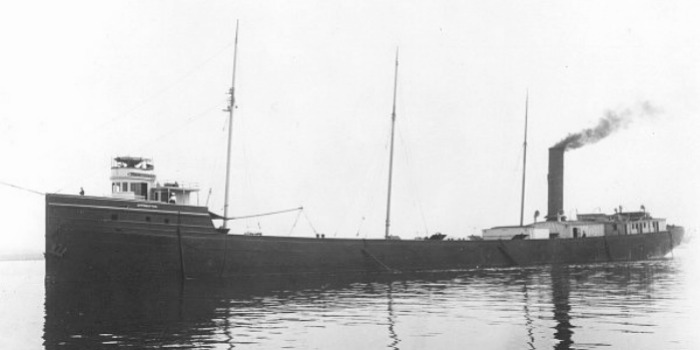 Measuring 319 feet in length, the SS Appomattox was one of the largest wooden ships ever. The American bulk cargo steamship was built in 1896 by James Davidson of West Bay City, Michigan. She ran aground in 1905 in smoke and fog, near Milwaukee. 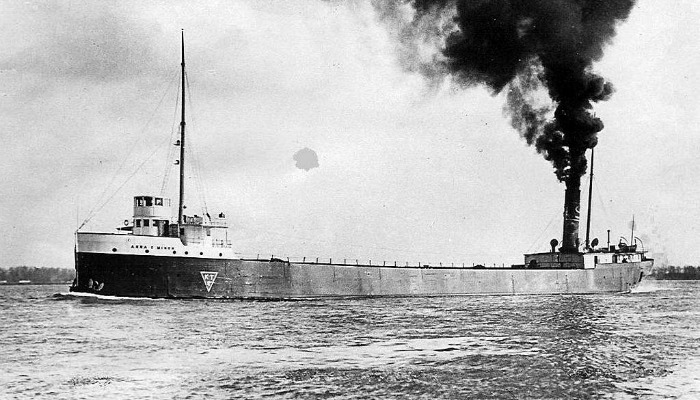 The 380-foot Anna C. Minch was a cargo carrier which sank on November 11th, 1940, during the Armistice Day Blizzard. All 24 members of the crew lost their lives, after the ship broke in two and sank. Her wreckage can be found 1.5 miles South of Pentwater, Michigan. 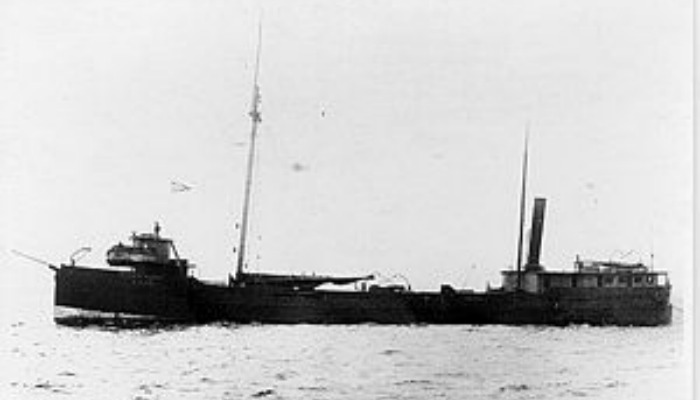 Built in 1869, the R.J. Hackett is the first Great Lakes freighter, a vessel type that dominated the Great Lakes for more than a century. The Hackett sank in 1905 after it caught fire on Whaleback Shoal in Green Bay. All 13 members of the crew survived. 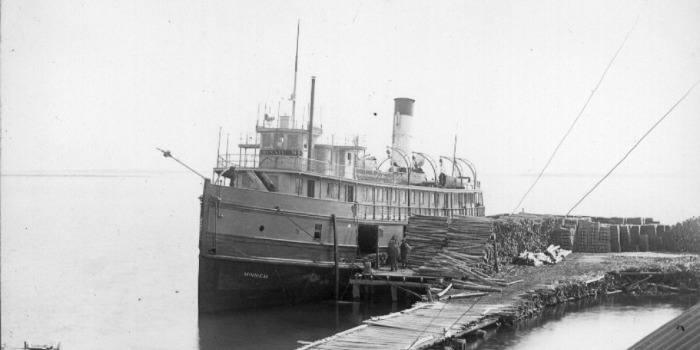 Built in 1884 in Detroit, the 133-foot wooden steamer was originally called Minnie M. It sank on October 29th, 1917, after it was caught in a snowstorm. All people aboard the ship survived.

Built in 1888, the Hennepin was the world’s first self-unloading bulk carrier. The ship sank on August 18th, 1927, after it ran into a squall. 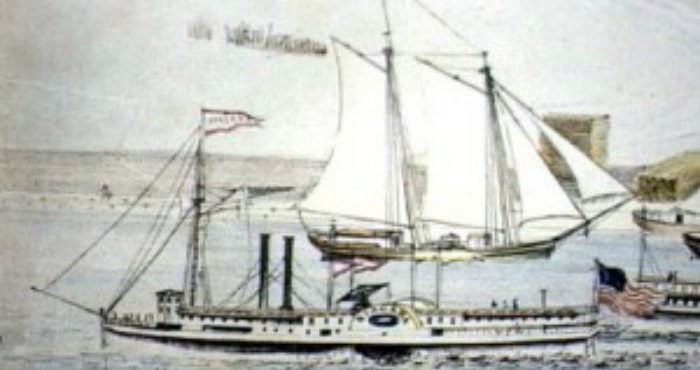 Niagara was the second palace steamer to navigate on the Great Lakes. 245 feet in length, the sidewheeler was one of the longest steamboats in the world at the time. It entered service in 1846 and sunk 10 years later, on September 24th, 1856, after it caught fire with 170 passengers onboard. More than 60 people lost their lives. 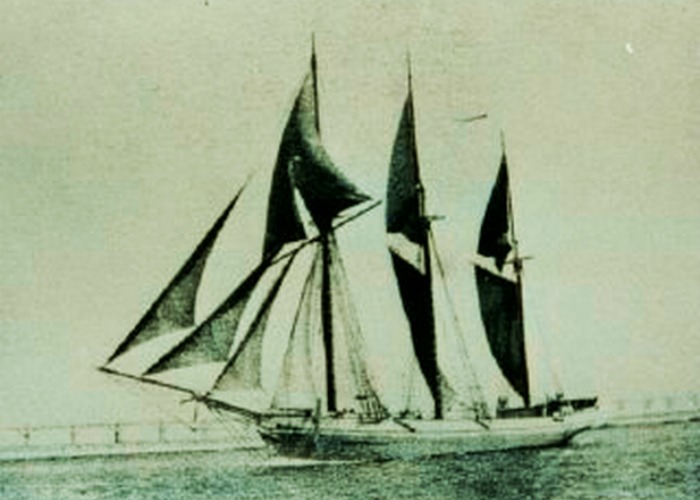 The Rouse Simmons, also known as “The Christmas Tree Ship”, sank in a violent storm on Lake Michigan on November 23rd, 1912. The 123.5-foot schooner was carrying 5,500 Christmas trees to Chicago. All 16 people aboard died. A local legend says that the Rouse Simmons can be seen rising from the fog on Christmas Eve.

The William B. Davock was a 420-foot steel steamer built in 1907. She sank on November 11th, 1940 in the Armistice Day Blizzard, a ferocious storm with winds up to 75 miles/hour and 20-foot waves. All 32 people on the ship (33 according to some sources), lost their lives. The shipwreck of the Davock was discovered in May 1972, in 200 feet of water. 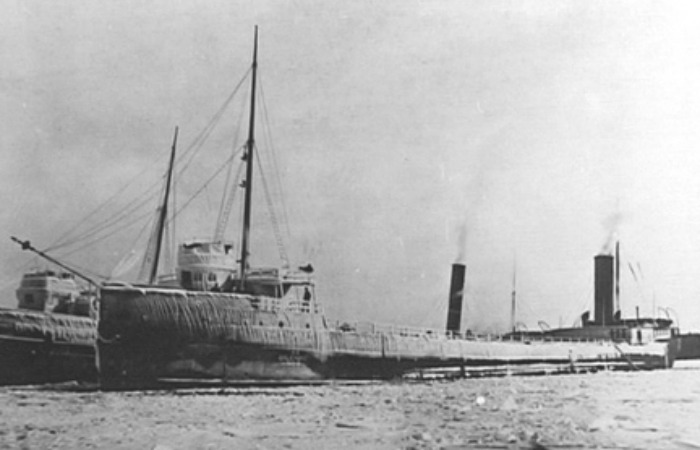 The Frank O’Connor was a 301-foot long bulk carrier built in 1892, and was the product of a remarkable shipyard, owned by James Davidson. The ship was originally called City of Naples, and was a truly transitional vessel, being representative of the last stages of large wooden bulk carries and equipped with steam engine machinery.

The ship sank on October 3rd, 1919, after it caught fire. All the people aboard the ship survived. The shipwreck lies in about 70 feet of water 2 miles off Cana Island, and is a very popular archaeological and recreational site.