Harrison Lake, BC: The Tale of a Lake and Its Springs

Harrison Lake is the biggest lake in the Southern Coast Mountains, located in British Columbia, Canada. With a maximum length of 60 km and a width of 9 km, the lake has a surface area of 218 km2.

If you've been to Harrison Lake, please write your impressions about it by using the form below. 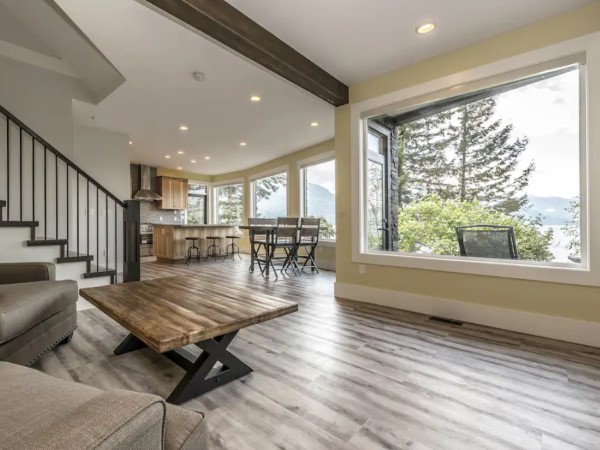 The Lodge on Harrison Lake

This really beautiful lodge offers several suites, incredible views, and beachfort access. The suites are modern and clean, and some of the facilites include a fire pit on the beach, marina, a terrace, and more. Harrison Lake Beach Park is a 25-minute walk away. 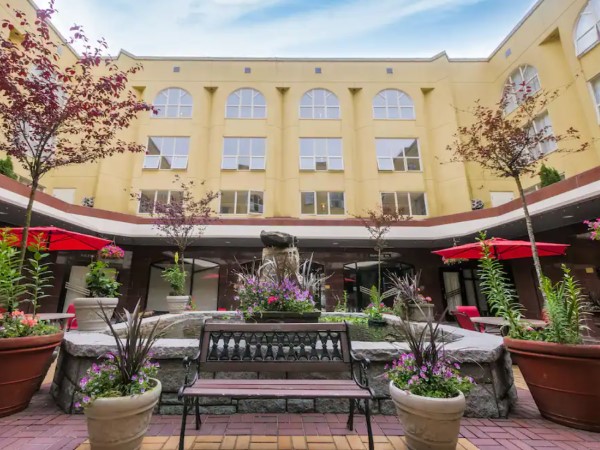 This budget-friendly hotel is located in in Harrison Hot Springs near the beach, and offers a restaurant with a bar and lounge area. Pets are allowed for an extra charge. 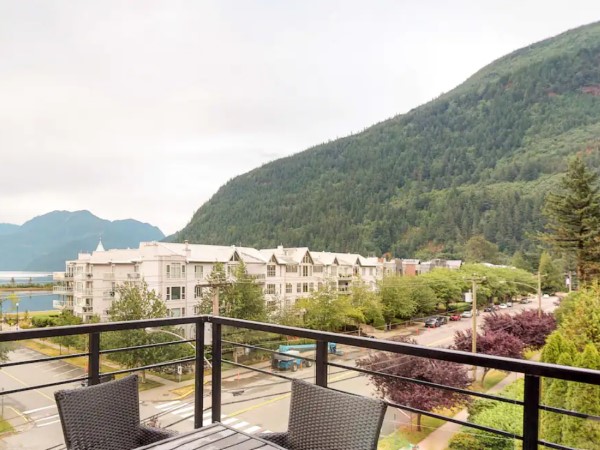 These 20 smoke-free, family-friendly apartments are arranged over 4 floors, a 3-minute walk away from the Harrison Lake Beach Park. Some of the amenitis include free cribs or infant beds, cookware, microwave, and more.

The lake was formed due to the activity of the ice glaciers, which carved it into a freshwater fjord. The area has a mixed landscape, surrounded by coniferous forests, coves, beaches, rock cliffs, snow-capped mountains and waterfalls, with a few islands dotting its waters. The largest island is located mid-lake, between the Silver River and Twenty Mile Bay. It is aptly called Long Island because of its shape and measurements, being 9.5 km in length and 2.6 kilometers in width. Long island has several smaller lakes on its premises. The other important island on Harrison Lake is Echo Island, which got its name due to the sensational echo on its western flank. The island is 4 km long and 2.2 km wide. The view of the lakefront is dominated by the Breckewridge Glacier in the background.

Harrison Lake is lovated 95 km east of downtown Vancouver and has the small resort community of Harrison Hot Springs on its southern end. The Lillooet Ranges can be found on the east, whilst the Douglas Ranges lie on the western shore of the lake. The ghost town of Port Douglas lies at the head of Little Harrison Lake Bay.

The lake’s main inflow is the Lilllooet River, together with Silver Creek, whilst Harrison River is the main outflow of the lake with the same name. The lake is also often fed by Canada’s Coast Range glaciers. Halfway down Harrison Lake’s eastern shore is the Silver Valley River, also known as Big Silver River. Opposite to Silver River, on the lake’s western shore one can encounter Twenty Mile Bay. The southern end of the lake is very shallow.

The lake area is famous for its therapeutic mineral waters, which occur on its shores near Port Douglas and at Harrison Hot Springs in the southwestern part, in the form of springs. Potash Spring has an average temperature of 40 degrees C, whilst Sulphur Spring’s temperature is 65 degrees C. The water of the majority of these springs is piped into swimming pools of resorts and spas.

There are no dams on the lake, but several run-off-river power stations do provide energy for surrounding communities and towns.

Two indigenous tribes inhabited the shores of Harrison Lake: the Stolo and the Chehalis peoples, both part of the Coast Salish First Nations group. These people truly believed in the healing qualities of the lake’s waters and named it Lake Qualts or Kwals, which means “hot water”. The lake was an important site in the early history of British Columbia, since it was one of the main water links on the Douglas Road, which lead to the goldfields of the Upper Fraser during the Fraser Canyon Gold Rush between 1858 and 1860. After the gold rush of the 1860s the lake gained more attention and has been an attraction ever since.

Harrison Lake has been the site of more than 70 deaths in recent years, which most probably occurred due to unusually frigid water temperatures. An initiative is underway with the aim of posting warning signs about the risks for people who attempt to swim in the lake’s waters.

Harrison Hot Springs is one of the main communities of the Harrison Lake area, where tourists can visit the countryside, go boating, fish and even hike or ski during the winter months. Golf courses can be found a short 15-minute ride away (such as the Harrison Resort Golf Course or the Sandpiper Golf Club), whilst Killer Cove’s Boat Rentals offer great rates for renting canoes, kayaks and pedal boats.

Fishing is one of the most popular activities on site, since Harrison Lake is abundant in salmon, white sturgeon and steelhead trout. Fly fishing and fishing from a boat are both encouraged and permitted. Since the lake is deep, trolling and angling are also frequented. Four other “pocket” lakes lie close to Harrison Lake: Hicks Lake, Deer Lake, Moss Lake and Trout Lake.

Fraser Valley also offers a number of activities, such as riding the tram over the valley, circle farm tours and the Bridal Falls Water Park.

Have You Been to Harrison Lake?