Lake Havasu: A Blue Escape in the Desert

Lake Havasu is a large reservoir on the Colorado River that straddles the border between California and Arizona. It has a surface area of 79 sq km (30.5 square miles), and boasts a water volume of 0.8 cubic kilometers, or approximately 649,000 acre feet. It is an extremely popular vacation destination, with more than 2.5 million people visiting it each year.

If you've been to Lake Havasu, please write your impressions about it by using the form below.

Lake Havasu was mainly created for water storage. The reservoir reaches a maximum depth of 28 meters (92 feet), averaging 10 meters (33 feet), and has a total length of 45 miles (72 km). Its shores are located in the transition zone from the higher Mojave Desert to the lower Sonoran Desert and the Californian Colorado Desert ecoregions.

Lake Havasu City (population: approximately 52,500 people) is located on the eastern shore of the lake, in Mohave County, Arizona. The city is also home to Lake Havasu State Park, a 928-acre park that offers amazing outdoor recreation opportunities. The Havasu National Wildlife Refuge is located to the North of the reservoir. Starting at the southern tip of Lake Havasu, the  Bill Williams River National Wildlife Refuge extends up the riparian zone of the Bill Williams River canyon.

The landscape is very diverse here, ranging from sand dunes and canyons to mountains, with an equally diverse mixture of flora and fauna. Along the hillsides, you will notice towering saguaro cactus, as well as ocotillo, barrel and prickly pear cactus. Animals in the region include coyotes, bighorn sheep, reptiles, and many species of birds. In total, more than 200 species of animals can be observed in the region. One of the best places to spot them is at the south end of the lake, in the Bill Williams National Wildlife Refuge.

Lake Havasu City is a very convenient gateway to the lake’s clear and cool waters, as it provides with a multitude of hotels, restaurants, and all the amenities you need. One landmark is particularly recognizable in the city: the London Bridge. The London Bridge was bought from the city of London in 1968 for $2.5 million. It was disassembled, shipped to Lake Havasu City, where it was reassembled. It now crosses a narrow channel that connects Lake Havasu to Thompson Bay.

Visitors are attracted to Lake Havasu City because it hosts a myriad of events throughout the year. Some of the most important ones include Bluegrass on the Beach, Lake Havasu Boat Show, Buses by the Bridge, Sand, Water & RV Expo, and Rockabilly Reunion.

The London Bridge was bought from the city of London for $2.5 million, and reassembled in Lake Havasu City.

Lake Havasu State Park offers amazing white sand beaches, a large grassy area, as well as incredible views of the mountains beyond the lake. The park features amenities like grills, picnic tables, shade covers, restrooms, showers, and more. There are 47 tent and RV sites here with electric hookups, and potable water at all sites.

If you want to venture out further and enjoy a bit of hiking, the Mohave Sunset Trail, a short but scenic 1.75-mile walk, is located in the park. Also located in the park, the Arroyo-Camino Interpretive Garden highlights the diversity of local species of plants and wildlife. If you like birdwatching, you might spot an Anna’s Hummingbird or a Great Horned Owl.

Lake Havasu State Park is also great for boating. It offers 3 boat launch ramps, plus an extra one that is dedicated to jet boats and personal watercraft. There are also non-motorized launch areas available.

This great beach is located along the Bridgewater Channel and provides with a buoyed-in swimming area, two playgrounds, basketball and sand volleyball courts, a fully enclosed dog park, covered picnic areas with tables and BBQs, and a stage. The beach is within walking distance to the famous London Bridge, and is accessible both by car or boat.

The beach also offers day mooring, a non-motorized launch area, and seasonal watercraft rentals like kayaks and stand-up paddleboards. The tall shade trees and the green grass areas make this beach an ideal escape from all your worries.

There are plenty of camping sites around Lake Havasu, perfect for outdoor lovers. Two public campgrounds are available on the Parker Strip, located to the southwest of Lake Havasu: Cattail Cove and Windsor Beach State Park. Both of them are excellent locations for camping, offering boat launches and rentals.

On the Arizona side of the reservoir, from Lake Havasu City to Parker Dam, there are 125 campsites along the shoreline. Most of these campsites offer shade, picnic tables, BBQ grills, pit toilets, and trash cans. If you are into geocaching, you’ll be glad to find out that there are more than 100 geocaches in the area.

Lake Havasu was also stocked with sturgeon in 1967 and 1968. However, living sturgeon has never been recorded, although some dead specimens that were probably killed during their passage over dams, were found downstream from the lake. Fishermen around Lake Havasu continue in their attempts to catch this amazing animal. 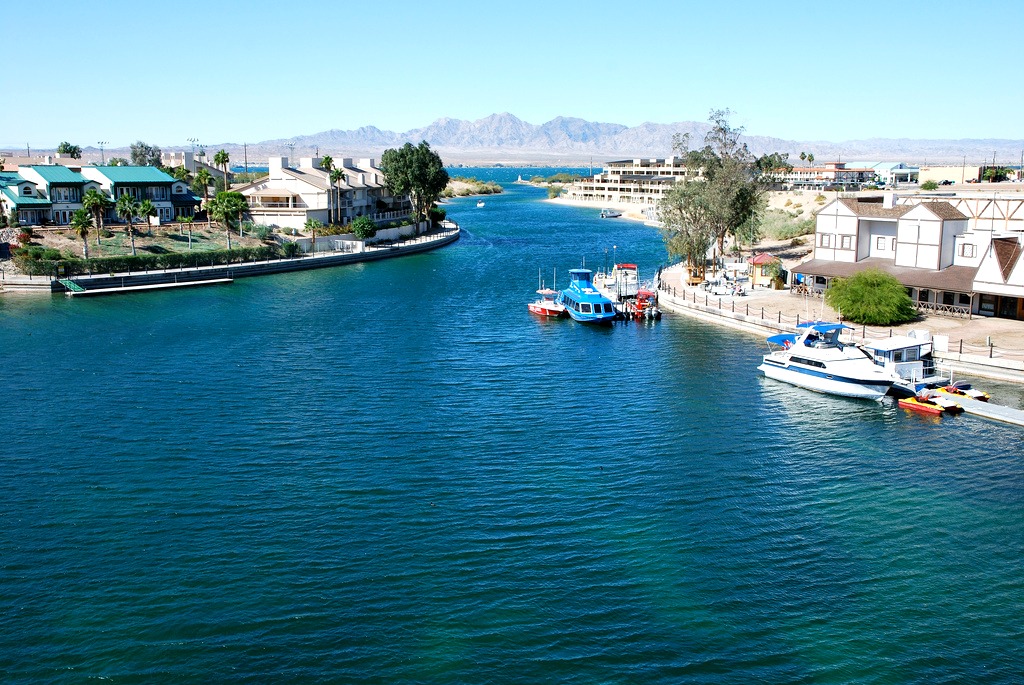 Parker Dam and the Aqueducts

Parker Dam was built by the US Bureau of Reclamation between 1934 and 1938, and its main purpose is to store water and pump it into two aqueducts. Before the dam was built, the area was inhabited by the Mohave Indians, and the reservoir was named after the Mojave word for "blue".

Have You Been to Lake Havasu?