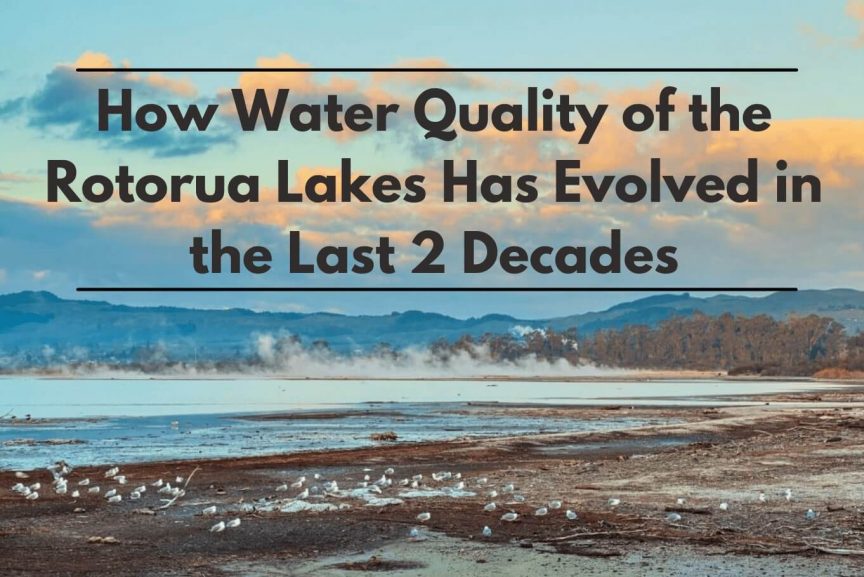 The health of the beautiful lakes in Rotorua is considered one of the most important environmental concerns in the region. This incredible area of New Zealand, with otherworldly geothermal parks, rejuvenating spas, and fascinating Māori culture, also boasts 18 lakes that its residents take a lot of pride in.

The water quality of the most important 12 lakes in Rotorua Lakes District has been monitored by the Bay of Plenty Regional Council since 1990. This is done by measuring the Trophic Level Index (TLI), which is a value derived from four different parameters: water clarity, chlorophyll content, total phosphorus, and total nitrogen. If the TLI is high, that means the lake has greater amounts of nutrients in the water, which encourages algal blooms. If the TLI is low, it means that the water is clear and the water quality is high.

What Do Different TLI Values Represent?

Before going into the actual numbers, it’s best to get an idea of what actually the different TLI values represent. Perhaps counter-intuitively, the lower the TLI of a lake, the better the quality of its water.

The TLI numbers used in this analysis represent the 3-year averages for the lakes, as averages smooth out trends, making them more relevant.

Lake Rotorua Has Improved the Most in the Last 2 Decades, while Overall Water Quality Has Gone Up as Well

How Lakes Have Hit Their TLI Targets by Year

How Did the Trophic States of Rotorua Lakes Evolve in the Last 2 Decades?

Overall, the biggest improvement is the fact that there were no supertrophic lakes in 5 of the last 6 years, the exception being 2019, when Lake Okaro was in that trophic state.